This week we have been to Dublin to visit, exhibit and pitch at the Web Summit. As we are currently raising our Series A with CouchCommerce this was a great opportunity to present CouchCommerce to international investors.

Thousands of startups applied and we were among the 200 lucky ones that got an invitation to pitch in a three day battle. The 200 startups were grouped into Alpha (less than $ 1m raised) and Beta (between $1m and $3m raised). As part of the Beta group we had to pitch for one of the 20 seats in the semi-finals the first day.

At 10pm that evening (after already having had our first Guinness’s that night) we were excited to get the invitation to the semi-finals the next day. That day we had to pitch against 8 other startups in our session of which only one would make it to the finals. In total there were only 3 Beta startups chosen to pitch in the finals. Here are some impressions of the stage and a video of my semi-finals pitch: 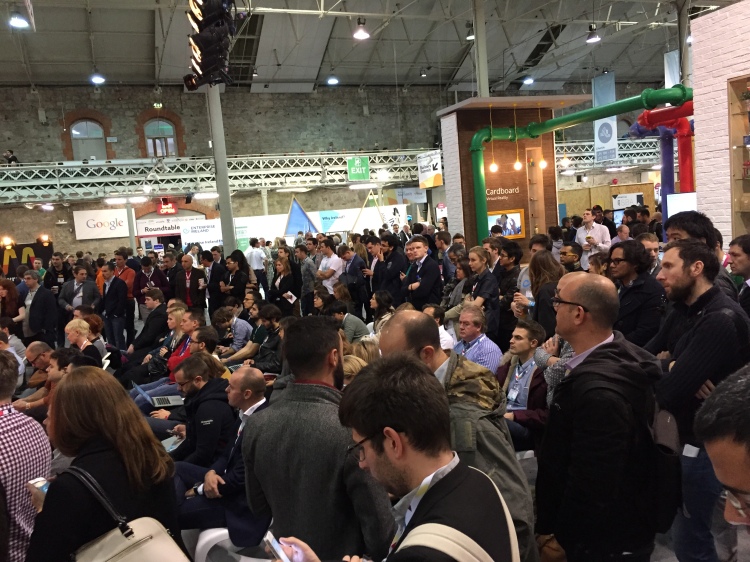 We did not make it to the finals but still had a great time in Dublin and were able to get to know many startups, investors and web enthusiasts from around the world. With more than 20.000 visitors the Web Summit might already be too big but the great thing about this European event is that it really attracts people from all around the world. In our Beta Pitch group there were only 4 German startups out of 100. About 50% were from the US. So we hope that more German startups will participate in the pitch next year to establish international business relationships like we did.

Codacy (Alpha) and BaseStone (Beta) won the Pitch competition in the end. Below you can find their pitches on the great main stage with more than 5.000 people watching in the audience. In the YouTube Web Summit channel you can find additional videos from the event including an interesting interview with Peter Thiel.